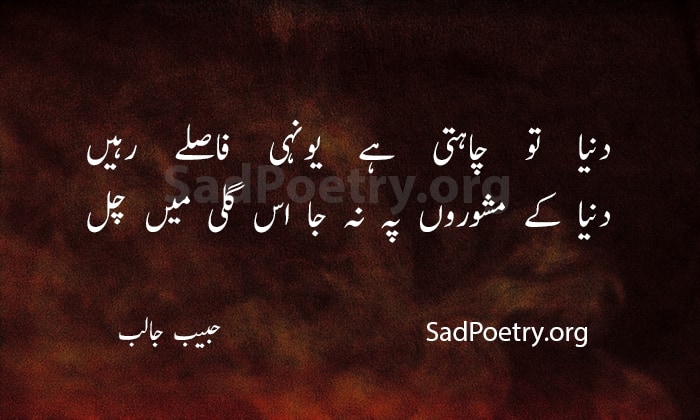 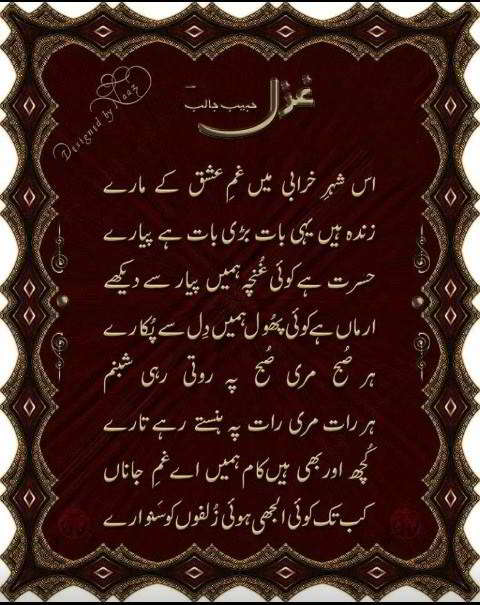 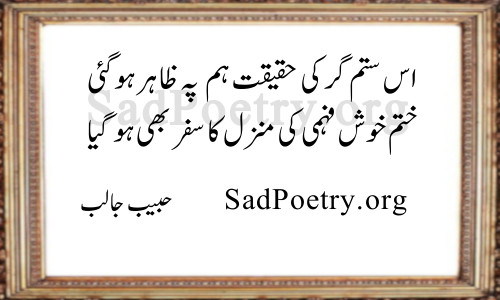 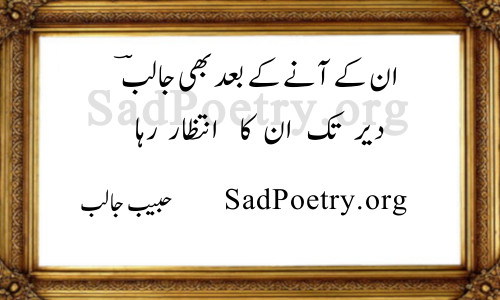 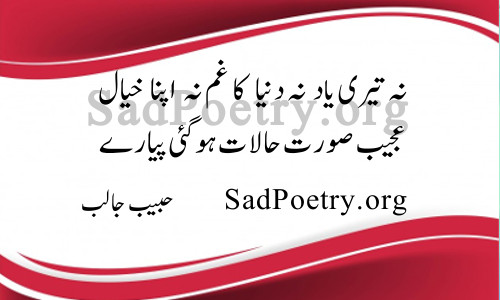 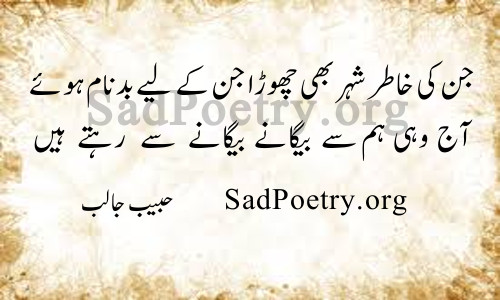 Habib Jalib is a well known revolutionary poet from Pakistan. He was born on 24 March 1928 in Hoshiarpur, India and came to Pakistan after partition. His real name was Habib Ahmad and Jalib was his pen name.

He was a creative writer and worked as proofreader in Daily Imroze. Most of his popular poetry revolves around the socio-political issues of the society. His emotional recitation style of poetry really captured the audience and helped him deliver his message to the masses. He was against the dictatorship and in Ayub Khan regime wrote one of his popular poem “Main Nahi Manta”. During Zia-ul-Haq’s martial law he wrote a poem “Zulmat Ko Zia” in which he describes Zia as symbol darkness. He was jailed multiple times because of his outspoken views against the martial-law.

Some of his notable books are Sir-e-Maqtal, Gumbad-e-Bedar, Ehad-e-Sitam, Kulyaat e Habib Jalib, Zikr Behte Khoon Ka, Goshay Main Qafas K, Harf-e-Haqq and Harf-e-Sar-e-Daar.
He was awarded the highest civil award of Pakistan “Nishan-e-Imtiyaz” on March 23 2009 posthumously. He passed away in Lahore, Pakistan on 12 March 1993 and is buried in Shah Fareed Graveyard in Lahore.