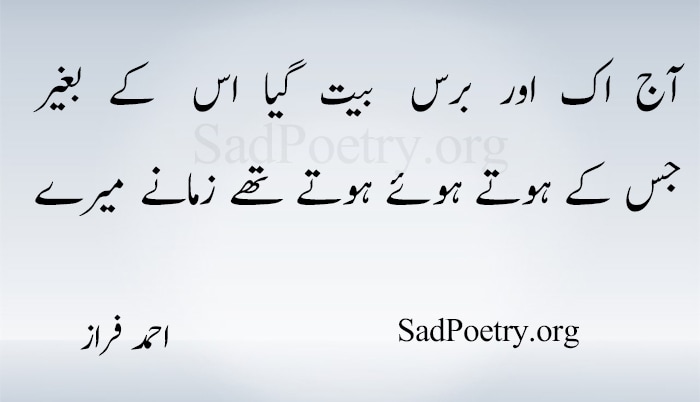 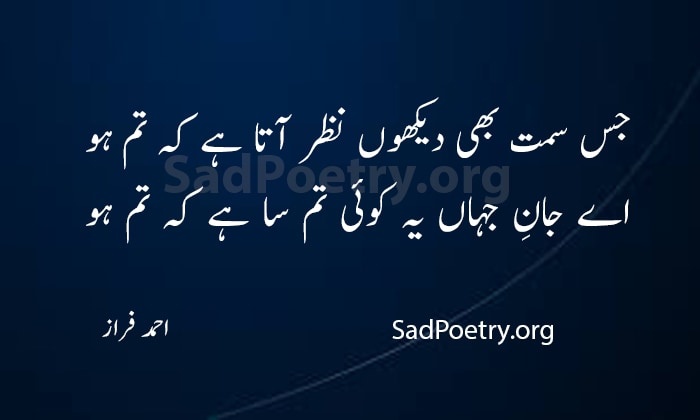 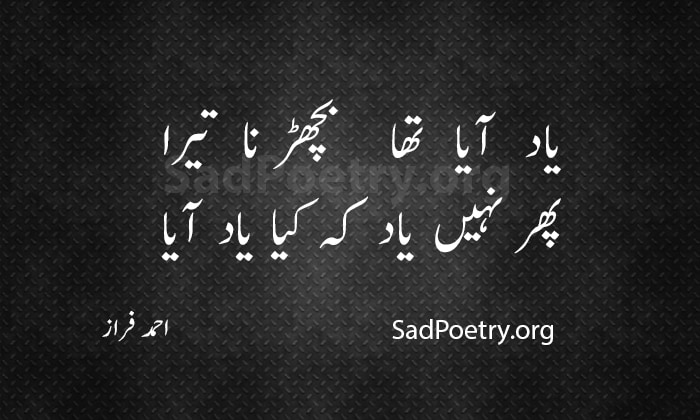 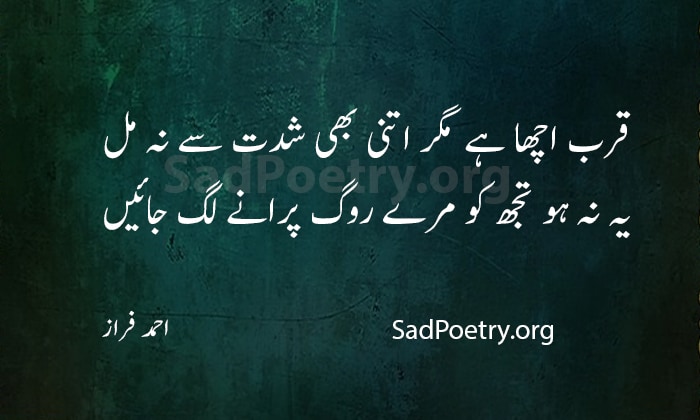 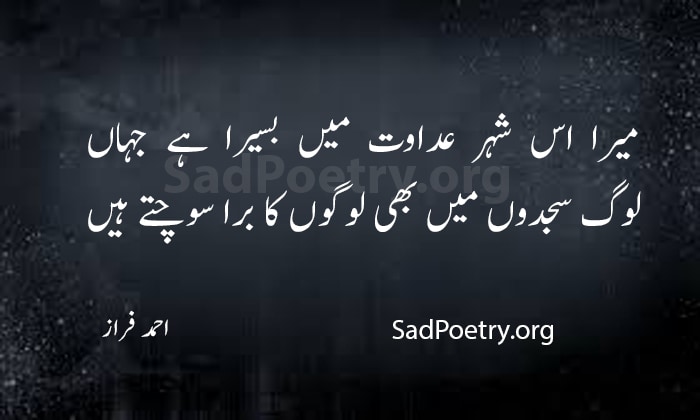 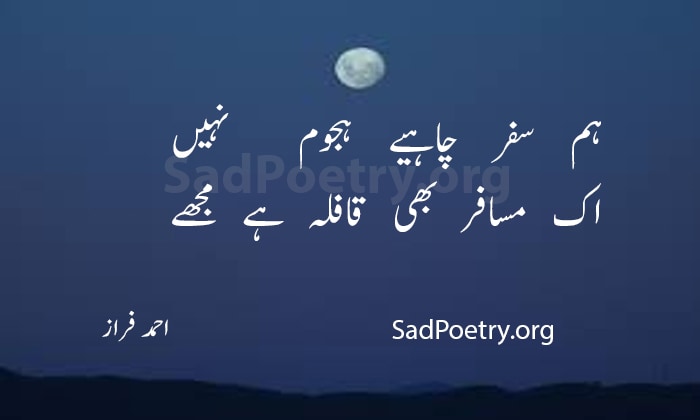 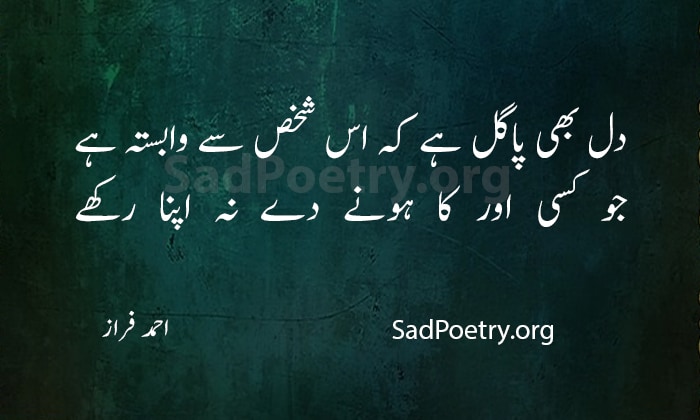 Syed Ahmad Shah, most commonly known by his pen name Ahmad Faraz was a prolific Urdu poet from Pakistan. He was born on January 12, 1931 in Kohat, Pakistan and completed his M.A Urdu & Persian degrees from Peshawar University.
He started writing poetry in college life with hist first ghazal collection named “Tanha Tanha”. Love, beauty and romance were usually the main topics of his poetry but he also dwelled on topics of despair & resistance throughout his writings.
Ahmad Faraz didn’t liked military dictatorship and was arrested because of his poems during military rule. After his arrest, he spent around 6 years in self-imposed exile in Europe & Canada. On his return he served on many senior positions including Chairman of Pakistan Academy of Letters and Chairman of National Book Foundation Islamabad.
His Urdu poetry got widespread popularity among Pakistani & Indian public and he was considered one of the best poets of his era. He was particularly known for his ghazals where he had his own unique style. Some of his ghazals were also sung by popular singers including Mehdi Hasan, Ghulam Ali, Runa Laila & Noor Jahan.
Some of his popular poetry collections include Tanha Tanha, Dard-e-Aashob, Zer-e-Lab, Merey Khwab Reza Reza, Beaawara Gali Koochon Mein, Tasalsul, Dosti Ka Haath and Khwab-e-Gul Pareshan Hai.
He was awarded many national & international awards including Adamji Award, Kamal-e-Fun Award, Hilal-e-Imtiaz & was also awarded Hilal-e-Pakistan after his death. He died on 25 August 2008 in Islamabad, Pakistan due to kidney failure.