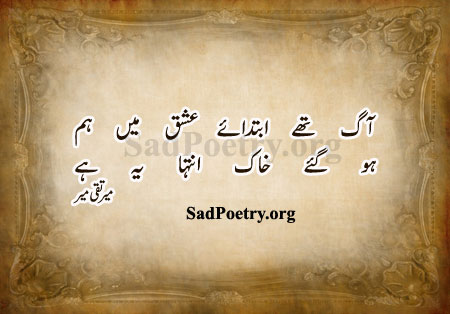 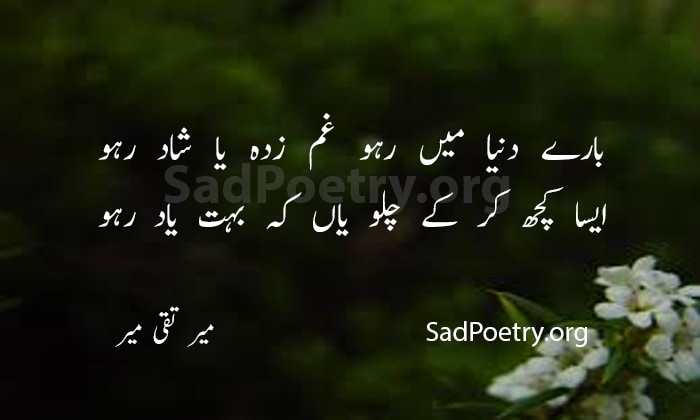 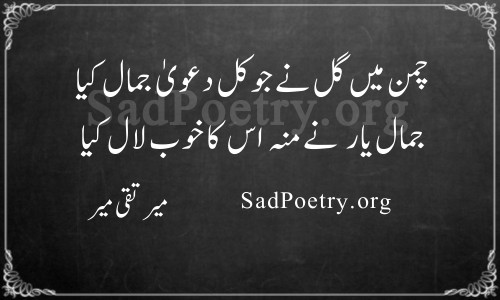 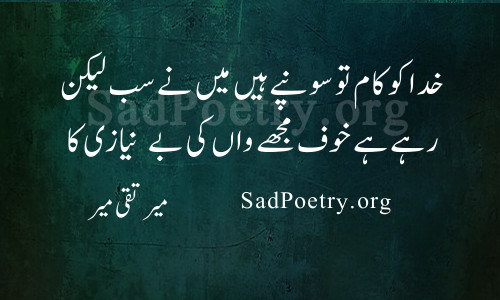 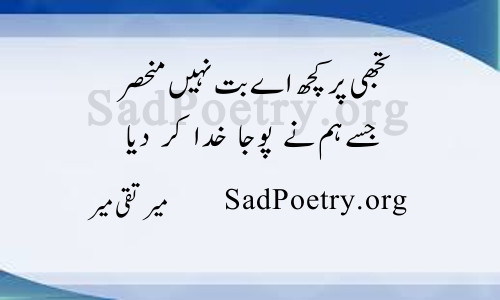 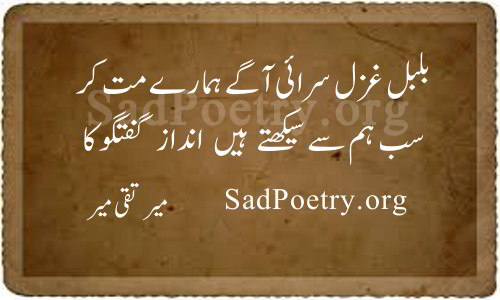 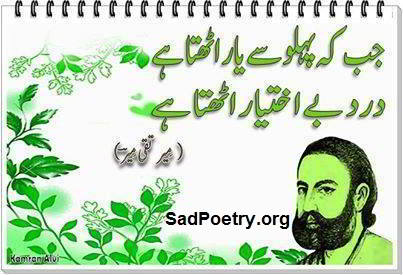 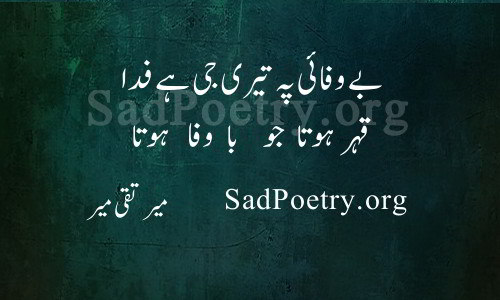 Mir Taqi Mir is one of the famous poet from 18th century and is considered pioneer of Urdu Poetry. His real name is Muhammad Taqi and Mir is his pen name. He was born in February 1723 in Agra, India. His father Meer Muttaqi was a pious man with huge following and wanted Meer to follow the path of spirituality. The things didn’t go as planned as when Mir was in his teens, his father and uncle died and he had to find the means of livelihood himself. He travelled to Delhi and got support of some of the Nawabs and nobles. He has also seen the attacks of Nadir Shah and Ahmad Shah Abdali on Delhi during Mughal Empire. Most of his life, he lived in pain and misery without a permanent source of income and place to live.

Mir Taqi Mir is regarded as one of the finest poets of Urdu language who shaped Urdu poetry in its earlier stages. He has expressed all aspects of life with complete sincerity and frankness. Due to his personal life and the Mughal Empire’s situation around him, Meer’s poetry often revolves around sadness and existential crisis.
In literary gathering there is always a discussion whether Mir or Ghalib was the superior poet. Ghalib though himself has acknowledged Mir’s greatness in his couplets and regards him as one of the great poets of Rekhta. Ghalib and Zauq are both considered his rivals in Urdu poetry but both acknowledged his superiority in their own poetry.

Mir has written six Divans of Urdu poetry named “Kulliyat-e-Mir,” his Persion poetry collection named “Kulliyat-e-Farsi”, an autobiography named “Zikr-e Meer”, a description of Sufi saints named “Faiz-e Meer” and tazkra of Urdu poets named “Nukatusshuara”
He died on 1810 and was buried in Lucknow but his burial place is no longer traceable as the railway tracks were built over that place.