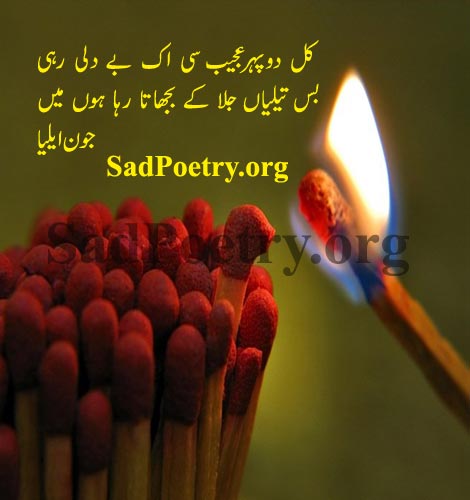 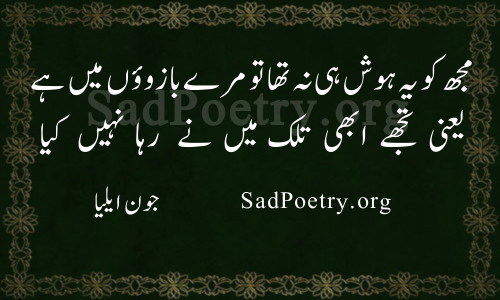 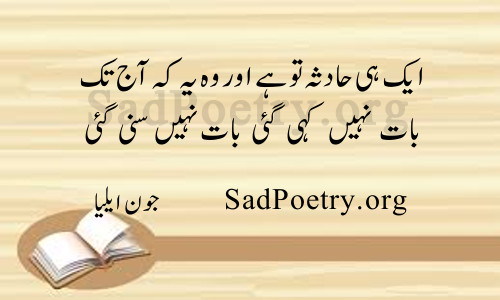 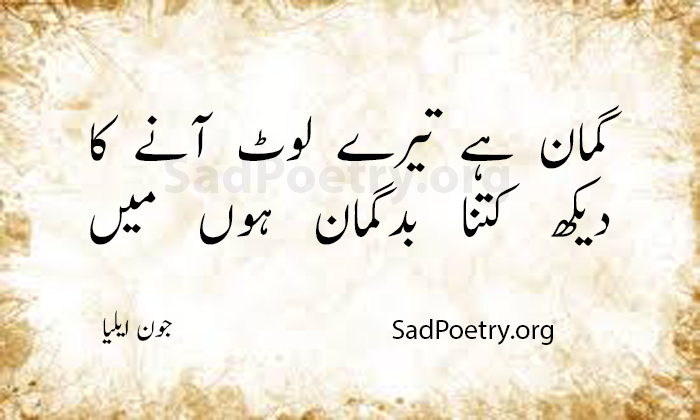 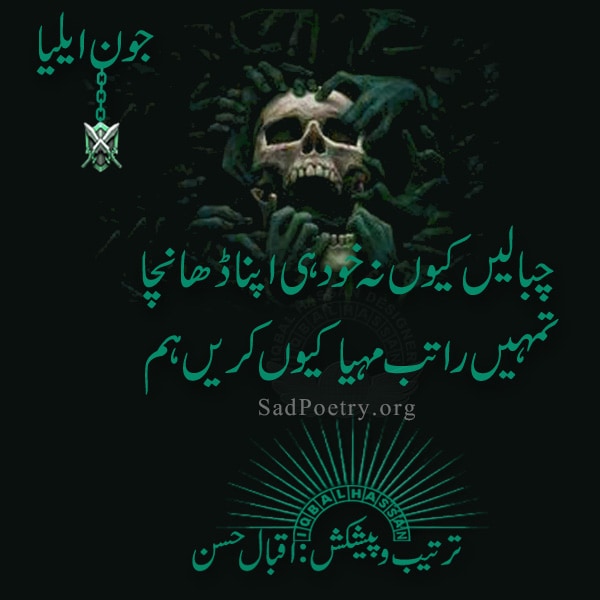 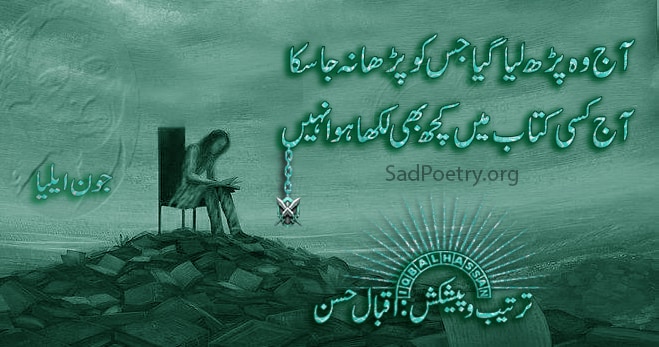 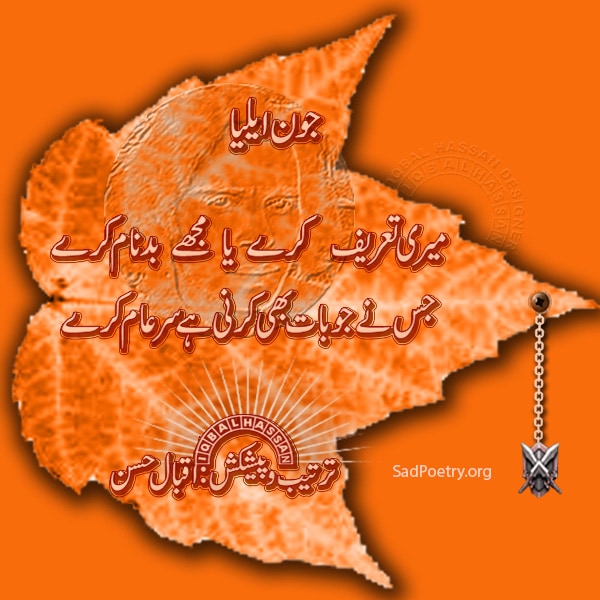 Jaun Elia is a very popular and well-known poet in literary circles and is specially known for his sad Urdu poetry and his unique style of expressing his emotions both in poetry and in mushairas (poetry symposia). He was fairly popular during his lifetime but he become a household name after his death when most of his poetry books were published. Now a days, he is probably one of the most searched poet on the internet especially among the younger generation where his couplets and sad quotes have gained immense traction.

Jaun Elia though is most commonly known by his aforementioned pen name but his real name is Syed Hussain Jaun Asghar Naqvi. He was born in 14 December 1931 in Amroha, India. He initially studied in Syed-ul-Madaris in Amroha which was associated with Dar-ul-Uloom Deoband although his family was Shia. Elia was a communist and opposed the partition of India and once remarked that the actual idea of Pakistan was not of an Islamic country otherwise communist party would not have supported it. He though migrated to Pakistan in 1957 and settled in Karachi where he lived rest of his life.

He started poetry at the young age of eight but his collection was published a lot later. “Shaayed” is his first and only collection which was published during his lifetime in 1991. All of his other collections were published after his death. Elia was well versed in many languages including Urdu, Arabic, English, Hebrew, Persian and Sanskrit. He also deeply studied philosophy, islamic history, Sufi traditions and western literature. Most of his poetry revolves arounds the topics of love, sadness and pains of separation. His unique yet simple style of expressing his emotions is what makes him a popular poet and one of his kind.
Some of his famous poetry collections include Shaayed (1991), Yaani (2003), Gumaan (2004), Lekin (2006), Goyaa (2008), Farmood (2008), Mubada & Zakham-e-Umeed. Apart from Shaayed, all other collection were published after his death.
Jaun Elia died on November 8, 2002 in Karachi, Pakistan.