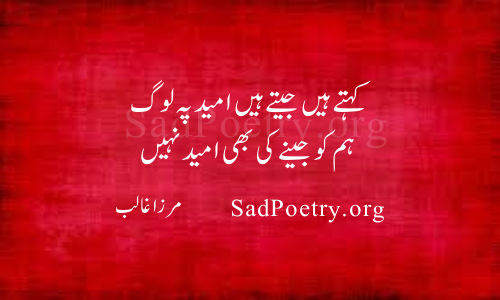 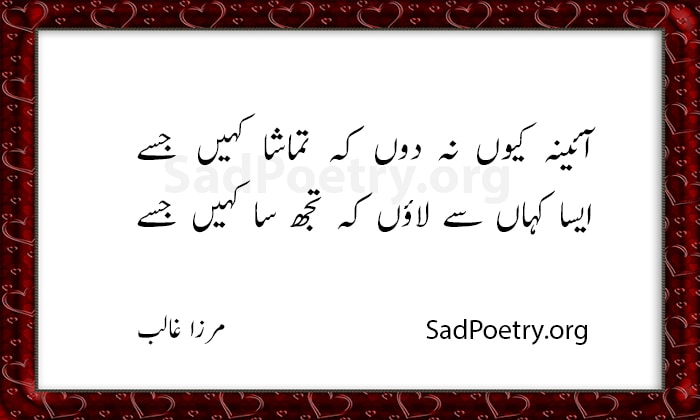 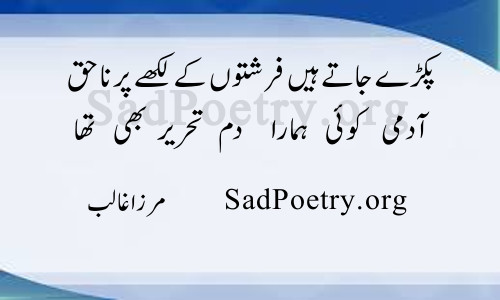 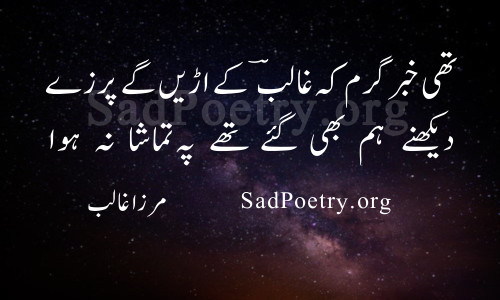 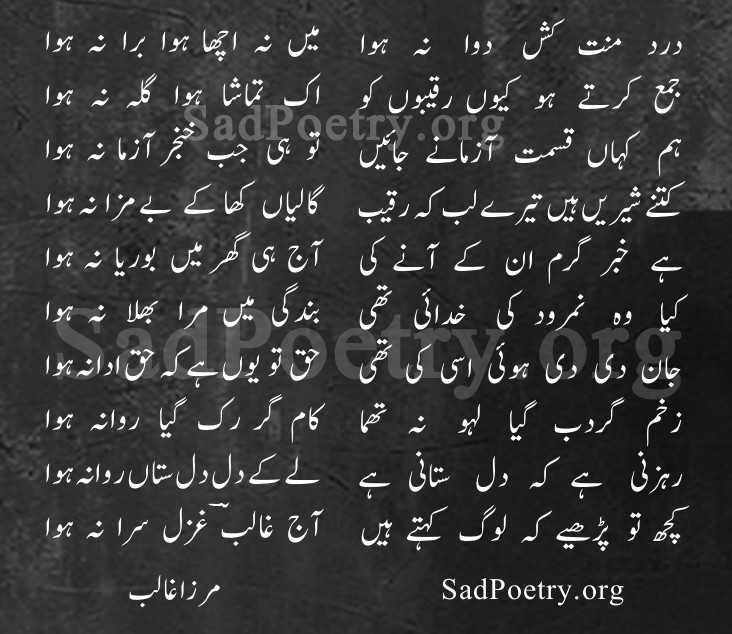 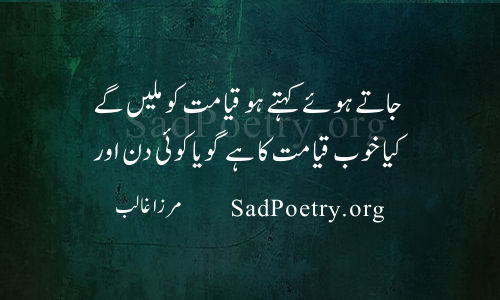 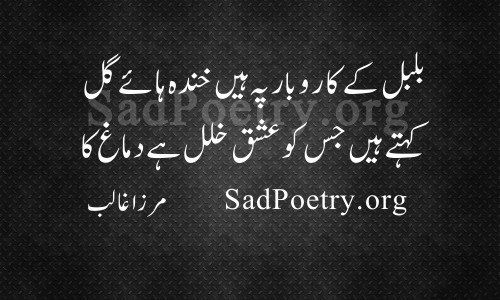 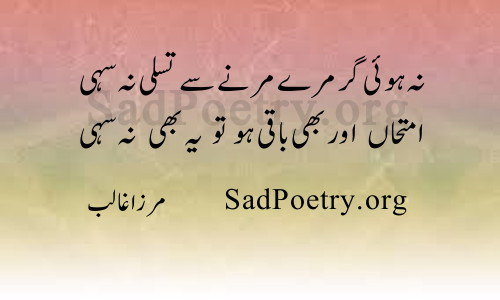 Mirza Ghalib was born on 27 December 1797 in Agra in Mughal family. His real name is Mirza Asadullah Baig Khan but he is widely known by his pen names Ghalib and Asad. His father died when he was 5 years old and he then lived with his uncle Nasuallah Baig Khan who also died when Ghalib was nine years old. Ghalib after that lived with the parents of his mother. He was married at the age of 13 and had seven children which all died at a young age and all this contributed to despair and sadness which is often depicted in his writings.

Ghalib started poetry when he was eleven years old. His writings are both in Persian and Urdu but he is more popular for his Urdu poetry. His Persian writings are actually five times longer than his Urdu ones and he himself considered his Persian poetry to be more important and wanted to be remembered by his Persian writings but Urdu became the reason of his popularity.
He is regarded as one of the famous and most influential poets of Urdu language. He is very popular all over the world special in India and Pakistan where he remains popular generation after generation. His ghazals are sung by many popular singers and movies are made about his life and writings as well. He changed the style of poetry forever and even today new poets are inspired by his writings and style. His poetry covers a wide variety of topics but sadness and despair are more common which depicts his struggles in life from an early age.
His poetry collection is known by the name of “Dewan –e-Ghalib”. "Kulliyat-e-Ghalib Farsi" is a collection of around 11,337 poems of his person writings. He was given the titles of “Dabir-ul-Mulk” and “Najm-ud-Daula” by Mughal emperor Bahadar Shah Zafar in 1850. He died on February 15, 1869 in New Delhi, India.